Reîncarca!: The Post-Cold War Romanian AKs Most Commonly Found in the Hands of American Civilians

Posted by GSC on 2/6/2020 to Parts Identification
The Romanian State Arsenal, or ROMARM, has exported a litany of AK variants and subvariants for civilians in the American market since the 1990s. Because a large number of weapons with only slight variations have been produced and sold, instead of providing a description of every minor subvariant of the rifles you might or might not encounter, below we have highlighted the major series of civilian Romanian AKs that are most commonly found in the hands of gun owners in the United States:
SAR Series 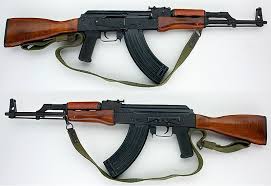 The SAR (Semi Auto Rifle) series of guns were once the flagship Romanian civilian AKs until their importation ceased in 2004. While these rifles were being imported they were as close as you could get to a general issue AKM-style rifle from Romania. The SAR series came in three subvariants: the SAR-1 (7.62x39mm), SAR-2 (5.45x39mm), and SAR-3 (5.56x45mm).
WASR Series 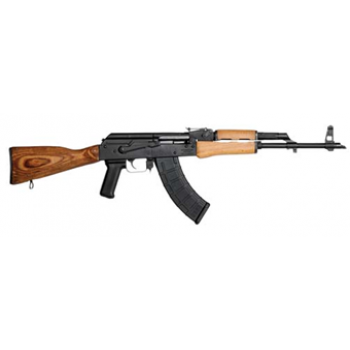 The WASR-series rifles are manufactured with stamped receivers that were originally intended for single-stack magazines yet are routinely modified to accept double-stack magazines following importation into the United States. These AKs lack the dimples above the magazine well seen in other AK series rifles. Instead of these dimples, WASRs use internally welded spacer plates to center the rifle's magazine. The arrangements of the rivets on the receiver and front and rear trunnions are also different from many other AK derivatives. WASRs are still imported today.
Romak / WUM / CUR Series

These early imports (from 1997 to 1999) are AKM-style rifles that came in with a variety of different modifications made by their Romania makers to determine what arrangement of features would best satisfy the BATF during the Federal Assault Weapons Ban. The most commonly found features of these rifles are their thumbhole stocks, removed bayonet lugs, and welded muzzle nuts. These weapons arrived in a variety of calibers and some are known to have actually been sold with some features that were technically forbidden when they were being imported (e.g., bayonet lugs fully intact).
Previous Post
Next Post
Quick View